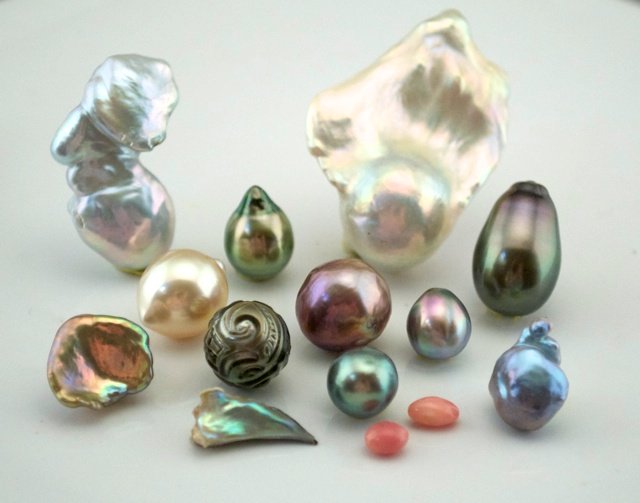 There are an absolute plethora of ingredients being used in modern day cosmetics ranging from traditional herbs and minerals to the less orthodox choices, one of which we’ll be discussing in this article.

The bottom line with any new cosmetic product is that it should make the user both look and feel beautiful – if those criteria are not met then the product will inevitably fail. The trouble often comes when trying to source food quality ingredients that are both effective, and in this modern market, original. Everybody wants more every thing; the products and ingredients that we used to consider as being the absolute best of the best are no longer up to our modern day standards at large. What would have been a market breaking foundation 10 years ago will now have a closely related brother or sister product in the bargain bin of the local pound store simply because it’s no longer the next big thing or breakthrough in cosmetic science.

How do you even find the next big thing though? To give you an example of absolute indulgence and creativity, crushed diamonds are now rather frequently being used in foundations and powders to coat the faces of the wealthy elite and give them a stunning, glistening shine with incomparable clarity. This really does represent the highest end of originality, it’s quite simply just a bold move to make, diamonds are clearly a very expensive ingredient to source and most people wouldn’t dream of crushing them in a million years for the sake of creating a temporary product…but then, when you look at the rationale, we use diamonds on our hands to signify wealth and convey beauty, why on earth wouldn’t you want to coat your face in them to give it the radiance and stun factor of a perfect engagement ring? The same principles ultimately apply, and it turns out, this kind of thing has been happening for much longer than people might realise.

Crushing diamonds to create make up probably wouldn’t have happened if it wasn’t for the fact that the Chinese have actually been crushing pearls for centuries already. That’s right, not just decades, but centuries. This technique could be seen as a pioneer for the creativity and boldness of many modern cosmetic ingredients (we’re getting seriously adventurous as we learn more and more about the benefits certain substances have on our skin and bodies now) and it’s largely due to the simplicity and directness of those who founded the idea. Pearls look great right? They’re shiny, they’re silky, they’re smooth beautiful and radiant and they’re timelessly associated with beauty. If you look at a pearl, you desire it, so in the less advanced world of 2,000 years ago, it’s no surprise that somebody looked at a pearl, and said “that’d make my face look gorgeous.” Well, it did. And that was just the tip of the iceberg.

Crushed pearls being worn on the face was a symbol of wealth and helped to convey beauty by reflecting light in a soft and opulent manner – this helped give a gorgeous glow to the face that would be incredibly difficult to match by even the most scientifically advances ingredient combinations available on todays modern market. As such, pearl crushing became more and more main stream, entering the general public over the centuries and not being quite as highly prized as it’s modern crushed diamond counterpart, though these products are by no means anywhere near the bottom end of the cosmetic spectrum even now.

Natural pearls were the primary ingredient used for many centuries until their desirable status as jewellery pieces meant that they were largely reserved for that sole purpose (natural pearl cosmetics do still exist though the price tag is immensely hefty.) instead, the sensible choice was to turn to fresh water pearls for cosmetic production due to its easy accessibility and much lighter price tag – in truth, there isn’t an enormous difference between the two pearl types when used for this purpose, but it REALLY depends on your preference. It’s the same difference as the finest pearl necklace and a cheaper but still beautiful version of the same item, there is little physical difference but the user will always know what they have. It’s a self security thing, a status symbol, and having natural pearl make up does offer minimal difference in terms of vibrancy, but in terms of confidence and the way a lady carries herself whilst wearing it? Perhaps that difference on it’s own is enough to merit the price tag. Many would agree.

Appearance is often the primary reason anybody chooses a new cosmetic product, but increasingly the effect the product has on the skin is also being put on exactly the same pedestal – people want MORE beauty, and MORE benefits. They are the two key components to any would-be successful new product. It turns out, pearls actually have everything covered on this front too. In much the same way as the ancient Chinese mastered natural medicine they adapted their logic to cosmetics too – oysters have long been associated with longevity and anti aging properties, and it is for this reason that our ancestors also knew that pearls would contain many of the same substances linked with their edible counterparts. This was one of the main marketed benefits for pearl related cosmetics 2,000 years ago, and this principle still up holds to this day.

Nacre is the substance that lines Oyster shells, and it is the amino acids contained within Nacre that provide the principal source of its alleged anti aging properties on the skin – to look at the face of anybody using these products provides rather immediate re assurance of its benefits as the face adopts a smooth and youthful looking appearance, therefore it’s only fair to assume that Nacre does indeed have a rejuvenating and replenishing effect on the skin that would be very difficult to match elsewhere. These properties are always largely based on theory and whether or not they make a long term difference is often dubious, but the great thing about pearl products is that they have been around for over 2,000 years. If you want substantial evidence that something works, simply look at its credentials – in this case, the ancient (and modern!) Chinese are known for being one of the most health and appearance conscious nations on the planet, so it stands to reason that if something is good enough for them, and has provided results that they deem to be of benefit and merit, then the product in question is simply going to be good. When high standards and expectations are met consistently for hundreds of years, and still now even with rigorous scientific testing in place, then there is little to worry about or question when deciding whether or not to invest in the product in question.