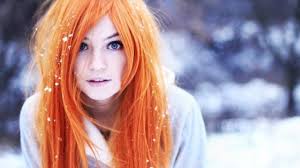 Many people have only recently become aware of freshwater pearls, but these beautiful creations have been around for centuries. The first groups of people to culture a product from freshwater mussels were the Chinese. The first known recorded citation that mentions pearls is from China as well and dates back to 2200 BC. However, the Chinese used shell mabes instead of true pearls. Japan thus holds the distinction of being the first country to produce cultured freshwater pearls.

After the Japanese’s initial success with cultured saltwater pearls, they decided to experiment with freshwater mussels. The first experiments were done in Lake Biwa, a large lake near Kyoto. Around the 1930s, the first commercial freshwater pearl crops began to appear here. These all-nacre Biwa pearls were able to produce colors unmatched in saltwater pearls. The luminescent depth and luster quickly became popular.

China is there to take over

As the production around Lake Biwa diminished greatly, China was ready to produce the freshwater pearls that Lake Biwa no longer could. This change made sense, because China has abundant resources that Japan lacks: an almost limitless, pliable work force that works for relatively low wages, countless available irrigation ditches, lakes, rivers, and a huge land mass. Despite having no recent history in pearling, China shocked the entire pearl industry by mass-producing inexpensive pearls.

A work in progress

Unfortunately for both China and the people who bought these initial offerings, the first pearls to come from China around this time were unable to compete with the best that Lake Biwa had to offer. However, China started mastering techniques and started producing better shapes and colors between 1984 and 1991. The Chinese continued experimenting and bought expertise from both the United States and Japan.

The current Chinese production that has been in existence since the 1990s has revolutionized pearling. The colors, luster, and shape of these new Chinese freshwater pearls will often match the original quality from Lake Biwa and might sometimes even surpass it. With a much lower price and similar amazing quality, we have China to thank for making freshwater pearls affordable.