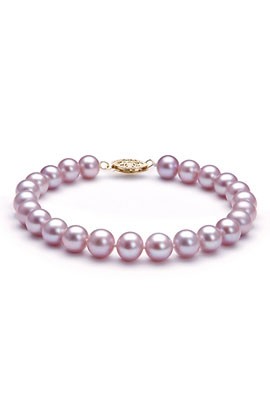 Pearls have been used in jewellery making and valued highly within our society for many generations, and considered to be great objects of beauty for countless centuries. The most valuable and revered pearls occur quite naturally in oysters or fresh-water mussels but are extremely rare, with the majority of pearls being artificially made, or cultured. They are not the same quality as those that occur naturally but are much cheaper and so are more readily available to everyone.

So considering the rarity of naturally occurring pearls, imagine the surprise of one woman when she discovered two pearls inside an oyster that had cost her less than a pound! Apparently the odds of finding a pearl in this way are around two million to one. The lucky lady was with her fiancé enjoying a celebratory home cooked meal. Shellfish and champagne was the chosen menu as the couple had recently managed to finally buy a new home. The oysters had been carefully cooked smothered in parmesan cheese.

The first she knew of the amazing discovery was a crunch… and then another! She couldn’t believe what she was seeing when she removed what she thought was a piece of broken shell from her mouth. Under closer examination she discovered two pearls, one of them being a rare black pearl usually only found in oysters from the South Pacific. Between them the two pearls were estimated to be worth around £1000.

Twin pearls like these are formed when the grain of sand or gravel that first enters the oyster gets covered in mother of pearl and then splits in two. The couple continue to be amazed by their unexpected find and are considering having the pearls made into some sort of jewellery and are even considering having them incorporated into a wedding ring. The local fishmonger who supplied the oysters is even more surprised, if that is possible. He has never come across anything like this before in his entire career.

The fortunate couple feel very blessed and view the incredible find as a good luck omen for their future together in their new home, and oysters will certainly remain on their shopping list!

The next story relates to a man eating oysters to cure a hangover. A prairie oyster, sometimes known as prairie cocktail is a hangover drink made up of mixing raw egg with Worcestershire sauce in such a way as to not break the yolk – this causes the drink to look similar to the texture of an actual oyster. However this guy insists that real oysters do the trick better.

He bought two Pacific oysters from his local fishmonger in an attempt to clear the thumping headache that was the result of a heavy drinking the night before. As he slipped them in his mouth and began to chew, there was a bit of a crunch. His first instinct was that he had lost a filling. However when he removed the culprit from his mouth he discovered a tiny pearl. This is a very rare find as the pearls that are sold as gems are not usually found in Pacific oysters. For those who like the detail, pearls are normally found in pearl oysters which are part of the pteriidae family but not in the crassostrea genus that the Pacific oysters belong to.

The fishmonger who sold him the two oysters said that his family business had never seen a pearl in a Pacific oyster in thirty years of trading. His dad, who has been in the trade even longer, was totally amazed by the find; he had never heard of it happening either. The fishmonger confirmed that the young man was a regular customer, and called at the shop every Saturday morning for his oyster hangover cure.

A representative of the National Aquarium in Plymouth re-emphasised the rarity of the find, explaining that it is now extremely exceptional to find pearls occurring naturally. Last year, scientists from the University of the Algarve and Portugal’s Research Institute for Fisheries and Agriculture were amazed to find pearls in four oysters from the crassostrea family. They were looking into possible viruses that were thought to be killing off oysters along the country’s coastline. It was not known whether the unusual find was due to the more usual process of the pearls being formed after a foreign substance had entered the oysters’ shells. An alternative reason for the surprise pearls could have been changing environmental conditions, which would be a topic of further investigation by the research institute’s scientists.

Anyway this lucky man was delighted with his find and I’m sure it went a long way to curing his hangover. He described his pearl as being beautifully round with an impressive lustre and explained that he wanted to have it made into a piece of jewellery. He was considering the possibility of having a little silver fish made with the tiny pearl as its eye. The exact value of the pearl was not known in monetary terms but it is clearly a valuable find for this lucky man.

And finally, one other fortunate man in America found a rare lavender pearl in his seafood stew when dining out on his birthday around six years ago. At the time he thought it was just a pretty looking fragment of rock and he took it home and put it away in a jewellery box. It was only when another surprise pearl find hit the headlines that he decided to go and have his find examined and valued. It is the size of a jelly bean and much to his amazement it was estimated as likely to fetch between $10,000 and $15,000 at auction. His family is divided on how the proceeds will be spent. The choice is between a new car and a new kitchen – wonder how that one will be resolved?

Lavender pearls available at pearls only

So never rule out the impossible as these lucky people made incredible finds totally against the odds. They all became richer for the experience of either owning these beautiful gems or in the latter example spending the money that was raised from their sale. Whilst perhaps not as fortunate as these people we can still all share in the magnificence of pearls by acquiring them by more conventional methods.