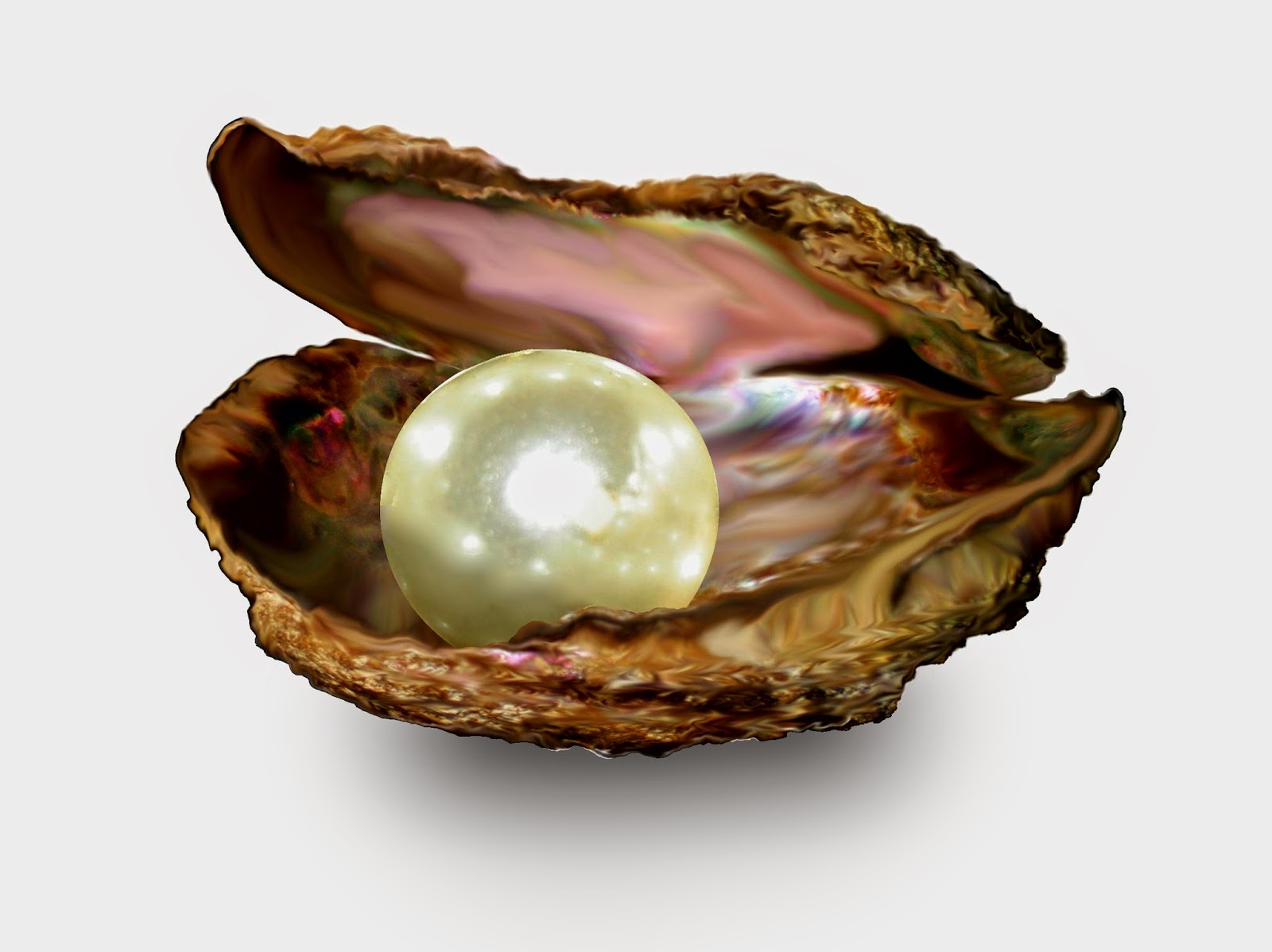 It is quite amazing that something as beautiful as a pearl starts life in a most unglamorous way, growing from a tiny piece of grit inside a mollusc which is not renowned for its beauty! Although occurring naturally for many centuries the advent of cultured pearls made these wonders available to many more people who can now enjoy the indulgence of owning and wearing stunning pieces of pearl jewellery.

Our love of pearls and their association with all things beautiful goes back a very long way in history. In Roman times Venus was their goddess of love and personified all that we associate with pearls – love, innocent charm, resplendent beauty, and all with a touch of mystery. The story goes that Venus started her life fully grown inside the shell of an oyster. She emerged naked out of the sea to fill the world with love and beauty.

If we turn to Chinese legend the story about how pearls came into being states that when dragons battled, pearls fell down from the sky to the earth. In other cultures pearls have been associated with the Moon, describing how when oysters swallowed dew drops that were bathed in moonlight and cascaded into the ocean, pearls formed inside them. Then there is the more familiar interpretation that pearls are merely the teardrops of the gods.

In order to harness the power of pearls they were even used in early medicinal preparations in a powdered form. Nowadays pearls have been associated with calmness and thus linked to marital bliss and harmony, symbolising faithfulness, an idea first purported by the Greeks. Hence many brides choose to wear pearls on their wedding day and pearls are also given as wedding anniversary gifts on the 1st, 3rd, 12th and 30th wedding anniversaries.

So enamoured with the beauty of pearls were the American National Association of Jewellers that in 1912 they adopted the shimmering pearl as their official birthstone for the month of June. It is also the birthstone for the sun signs of Gemini and Cancer.

Throughout many civilisations pearls have been associated with having mystical or healing powers. Cultured or freshwater pearls are still considered to proffer the power of love, money, protection, and luck. Pearls are said to endow the owner with wisdom through experience, and to accelerate the laws of karma. They are also reputed to strengthen engagements and all love relationships in general. There is an association also with keeping children safe.

Whatever powers we endow on pearls, their endearing beauty has transcended the centuries. Their popularity was at an all time high during Roman times when they were a favourite with women who belonged to the most privileged class. They draped themselves with intricate strings of pearls as a symbol of their wealth. Julius Caesar himself held them in high esteem, falling for their beauty. It is said that Cleopatra dissolved a pearl in a goblet of wine and drank it down to demonstrate the strength of her love for Marc Antony. Pearls were valuable even in those days and one Roman general is said to have sold just one of his mother’s pearl earrings to pay for a military campaign.

Christopher Columbus and Vasco de Balboa when on their voyages of discovery found pearls in the Persian Gulf, an area which provided the world with natural pearls for many centuries. Their popularity did not waver until the discovery of diamonds in the early 1700’s. Because they were more affordable than pearls and more readily accessible diamonds became the gem stone of choice and featured in many jewellery pieces. By the early 1900’s the situation had changed again, mainly due to the invention of a method to create cultured pearls. Three Japanese men discovered the method all separately but Kokichi Mikimoto offered the other two men a large sum of money to buy out their rights. His business expanded and the business grew rapidly and his company still retains the name of Mikimoto to this day. It is regarded as the leading brand of Japanese saltwater cultured Akoya pearls. Reputedly to keep him in good health Mikimoto swallowed 2 pearls every single day of his life from the age of twenty.

The arrival of cultured pearls onto the market saw a decline in the demand for natural pearls. The price of pearls came down so they became available to far more people – previously natural pearls had only been accessible to Royalty, those who were very rich or people who were very well connected.

Not unsurprisingly pearls have made their way into our lives in a more unusual way. A number of girl’s names mean “pearl” and these include Gretchen, Gretal, Margarita, Margaret, Marjorie, Maggie, Margot, Peggy and Rita. Girls with those names can expect to be pure, innocent, humble and sweet!

So, now you know a little bit more about pearls, which hopefully will further enhance your enjoyment and appreciation of these beautiful, shimmering gems. A few words of warning about their care. Because the nacre that creates the pearl is organic they are extremely sensitive to heat, dryness, humidity and acid substances. Pearls are very soft so should be protected from rough handling or abrasive substances. As an organic gem composed of calcium carbonate, pearls are more vulnerable to the chemicals found in cosmetics, hair spray, and perfume. Dress, style your hair, apply your make-up, and spray on your perfume before you put on any pearl jewellery. Pearl rings and bracelets are more susceptible to scratching since they sit on your hands. Never wear these pieces when you anticipate working with your hands in any way, and limit them to special occasions. At the end of the day when you remove your jewellery wipe your pearls with a soft cloth. Perspiration can damage the lustre of your pearls, even a very small amount. Make sure you remove your sweat from your pearls after every use. Follow these simple tips and you will preserve your precious pieces of jewellery for many generations to come.